The vice presidential candidate of the All Progressives Congress, APC, Kashim Shettima said President Muhammadu Buhari wouldn’t have been the President of the Federal Republic of Nigeria without the support of Bola Tinubu.

Shettima stated this while addressing supporters at the APC presidential rally in Dutse, the capital of Jigawa on Saturday.

He said 2023 is a payback time for the northern part of the country for what the APC presidential candidate did to the region in the past.
Shettima explained that since 2007 Tinubu has been supporting northerners.

According to him: “Tinubu in 2007 backed Atiku; he also supported Nuhu Ribadu in 2011, and in 2015, if Bola Ahmed Tinubu didn’t support Buhari during the APC presidential primary election, he would have not been the president,” he said. 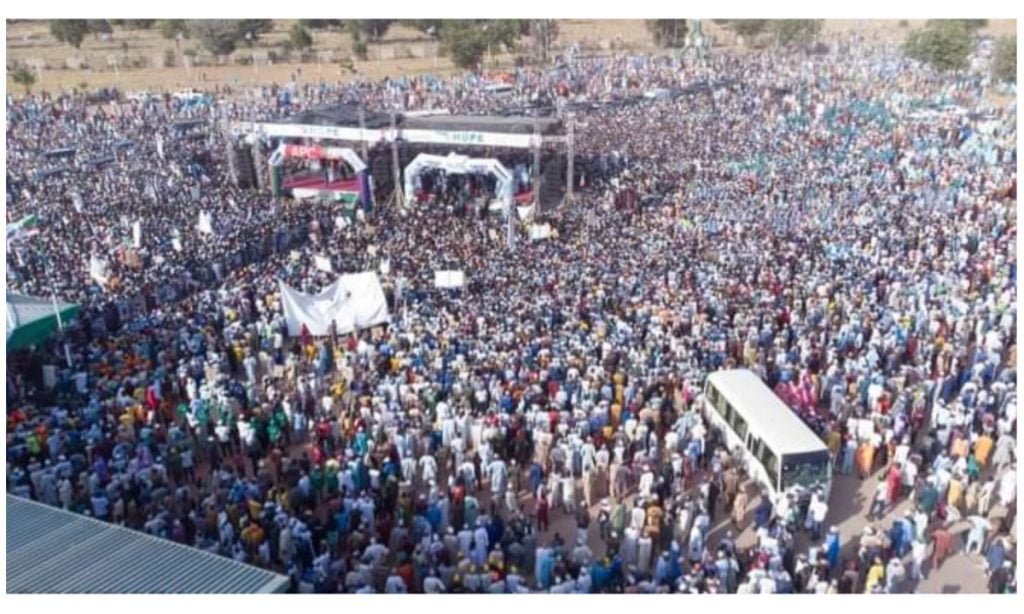 He said that 2023 is a payback time and northerners must prove that they are promise-keepers.
Shettima said Nigeria needs somebody who has vast experience and can solve all the problems of the country like Tinubu.

He said President Buhari has done remarkably well in the development of the country and Governor Mohammed Badaru Abubakar has also achieved a lot, therefore, they need somebody who will continue from where they stopped.

The APC vice presidential candidate urged the electorate in the state to vote for all APC candidates as a token of appreciation for what the APC administration has achieved in the last seven years.

2023: Now is time for North to repay Tinubu’s support – Shettima