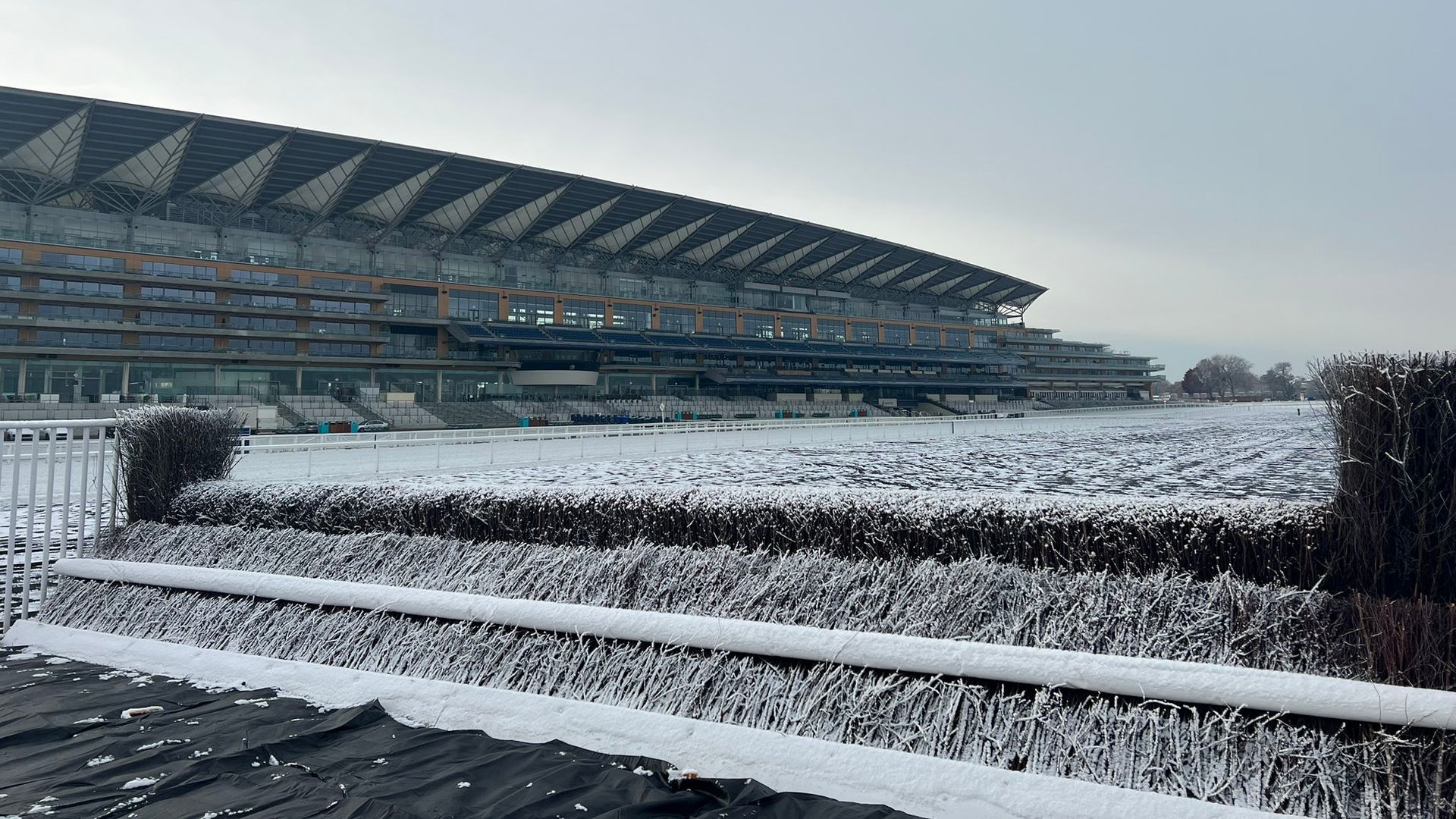 Ascot’s clerk of the course Chris Stickels believes Friday’s meeting is “highly unlikely” to go ahead after calling an inspection for 8am on Thursday.

The Berkshire track is due to host to a high-class two-day fixture, with two Grade Two prizes up for grabs on Friday in the Porsche Kennel Gate Novices’ Hurdle and the Howden Noel Novices’ Chase.

However, with temperatures still well below freezing on Wednesday morning and little prospect of significant improvement, Stickels is not optimistic.

He said: “At the moment we’re minus 2.5C. It often dips lower at this time of day and this is as cold as it has got overnight. It’s a fraction colder than we were forecast and we’re still frozen in places.

“We’ve got frozen areas under the covers and frozen areas in other places and we’ve still got a dusting of snow on the track.

“I think Friday is highly unlikely.”

Saturday’s feature event is the Grade One Howden Long Walk Hurdle, but Stickels is not looking beyond Friday’s card at this stage.

He added: “We’ll consider what we’re going to do about Saturday in due course. Friday night has never been forecast to be as cold, however I don’t know whether that is now changing. I’m concentrating on Friday at the minute and not Saturday.”

The next scheduled National Hunt meeting in Britain is at Ffos Las on Thursday and officials have announced a 7.30am precautionary inspection.

The team at Haydock have already called an inspection for 8am on Thursday ahead of their Saturday fixture, with prospects appearing bleak, while the Irish meeting at Naas on Thursday has been cancelled following a Wednesday morning check.

Even Lingfield’s all-weather meeting on Wednesday was subject to a 7.30am precautionary inspection, but has been given the go ahead.

"My kids made me smile"