Benue State Governor, Samuel Ortom has condemned the destruction of campaign billboards mounted by the Peoples Democratic Party, PDP, in parts of Gboko Local Government Area of the State.

DAILY POST reports that some thugs suspected to have been sponsored by rival parties had launched an attack on PDP campaign materials with several billboards pulled down.

Reacting, the Governor in a statement issued by his media aide, Terver Akase on Saturday, said the act is capable of triggering avoidable crises in the area.

He called for caution on the part of party supporters. 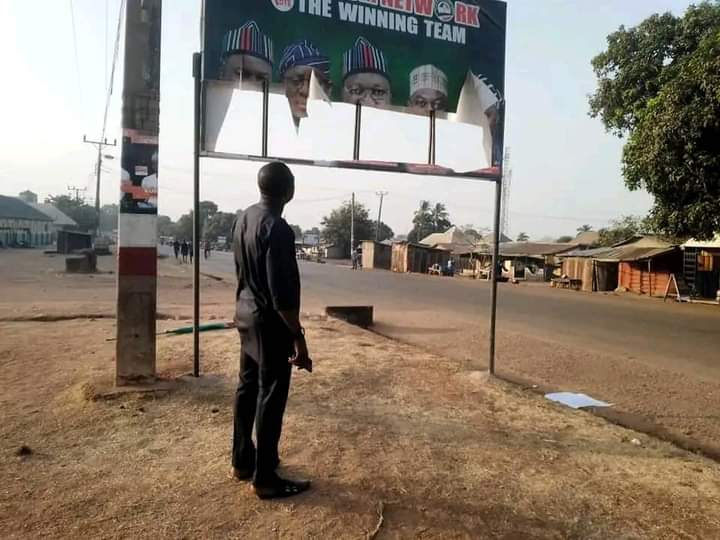 Ortom stressed that no individual or group has the right to pull down campaign materials of political opponents, no matter the circumstances.

The Governor stated that democracy guarantees the freedom of participation to everyone and no individual has the constitutional authority to intimidate or harass others. 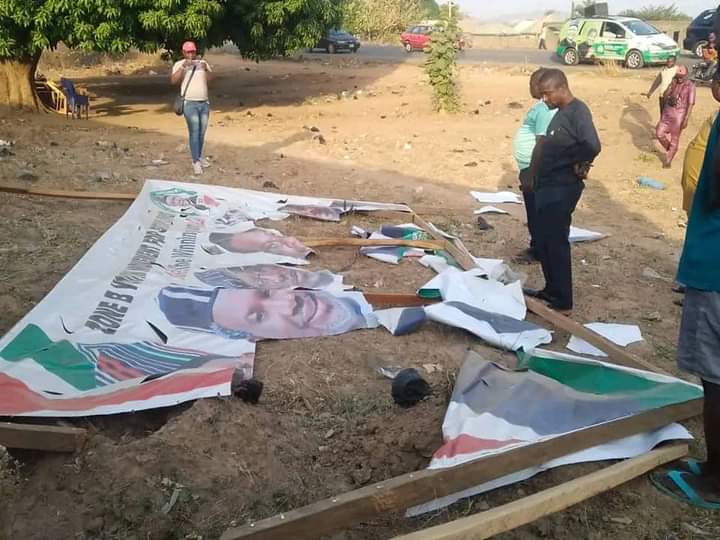 He stated that the introduction of electronic voting has strengthened the country’s electoral system and anyone who is confident about his chances at the polls should canvass for votes among the people rather than attacking other contestants.

Governor Ortom urged security operatives to investigate the incidents in Gboko and bring those responsible to justice, to serve as a deterrent to others.