The presidential flag bearer of the All Progressives Congress, APC, Asiwaju Ahmed Bola Tinubu, has congratulated the people of Kwara State for their political liberation secured in the 2019 general elections which swept the Peoples Democratic Party, PDP, out of power.

Speaking at the presidential campaign rally of the party held at the Metropolitan Square, Ilorin on Tuesday, Tinubu said the people of the state deserve a big congratulations for that feat.

The presidential candidate who asked whether they wished to go back to the dark era again, urged them to cement their freedom by securing their Permanent Voter Cards, PVCs, and vote massively APC to sustain their political freedom.

Tinubu thanked the people for believing in Governor Abdulrahaman Abdulrazaq and charged them to use their brooms to sweep the party to victory in the impending general elections at all levels.

In his speech, the National Chairman of the party, Abdullahi Adamu, said from what he has seen at the rally, the state has spoken loud and clear that “it is fully BATified for the general elections.” 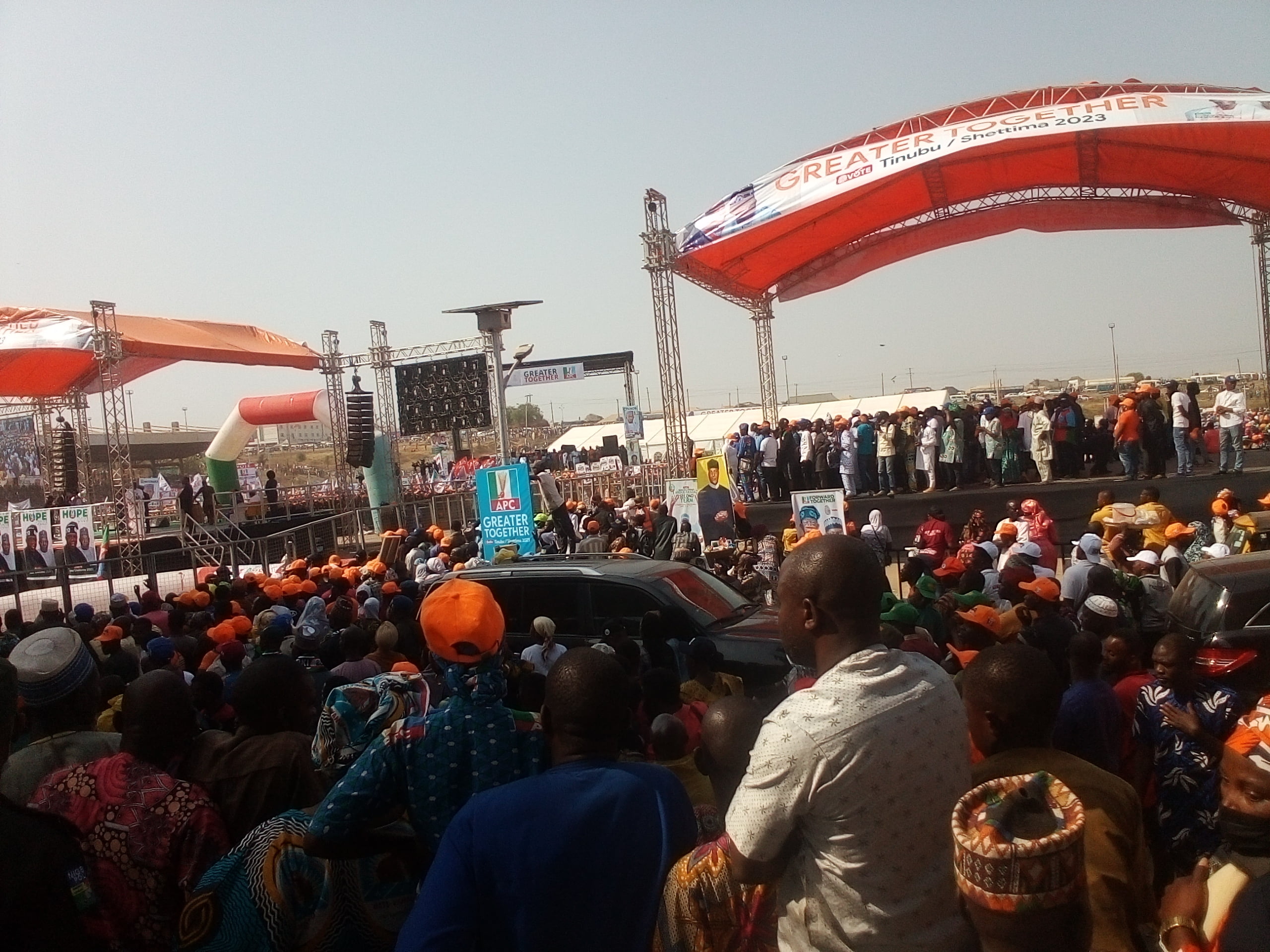 Also speaking, the chairman of the party in the state, Prince Sunday Fagbemi, said “we will deliver the state for Bola Tinubu in the presidential election.”

Governor Abdulrahaman Abdulrazaq in his address went down memory lane lamenting the poor state of development and huge debts he met on ground in 2019 upon his assumption of office.

Tinubu, Kashim, and Adamu, who arrived in Ilorin in the company of several APC leaders were received by Governor Abdulrahaman Abdulrazaq and other top chieftains of the party including the Minister for Information, Lai Mohammed.

Tinubu and his entourage also paid homage to the Emir of Ilorin, Dr Ibrahim Zulu Gambari at his palace.

Bola Tinubu congratulates Kwarans for their political liberation in 2019

Fans dig up videos of Marvin on America's Got Talent