“Like my corner said, once I get hit it’s a whole different ballgame. I switch up everything. My mindset. How I fight. Everything. I try to come in cool and calm,” said Anderson.

“I see everybody kind of was expecting him to go out early. I didn’t want that. I did want to get all the way warmed up. But once he did hit me, as ya’ll see, something flipped, and all I saw was red.

“I learned to keep my composure even earlier. It shouldn’t have to take me to get hit for me to be able to do that. But everything was alright once I started to adjust myself and get my feet up under me. I have been kind of off for a little second, but I definitely think I came back and made it better.”

In the headline event, Lopez (18-1, 13 KOs) sealed a hard-earned split decision win over Spanish southpaw Sandor Martin (40-3, 13 KOs) in a 10-round final eliminator for the WBC crown.

The former lightweight king was originally scheduled to fight Jose Pedraza, but a non-Covid-related illness forced the Puerto Rican contender to pull out of the fight. Martin immediately accepted the opportunity on three weeks’ notice. 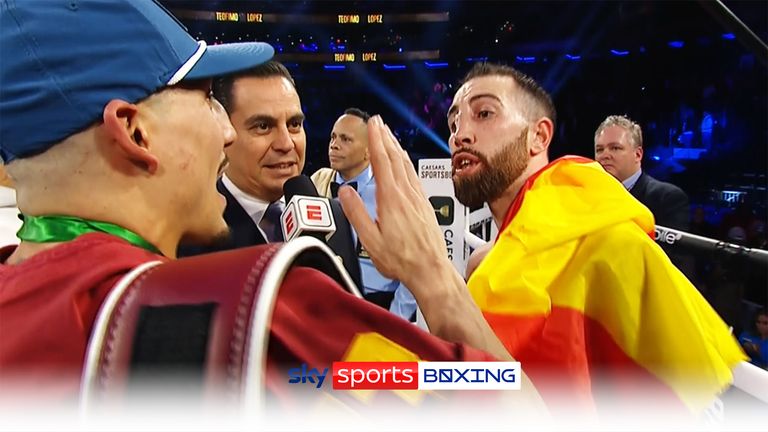 “Every time that this man wanted to commit, I was countering him and tagging him. That’s why he was running the whole time. I felt great overall. I knew he was tired. He didn’t want to commit. He was staying on his back foot and just running around the whole time. But it is what it is. This makes it look good. These guys are going to want to fight me now. More than ever. Now this is great. Now I can actually have a good fight.