A Nigerian man has been left heartbroken by his girlfriend of five years after he discovered that she has been cheating on him.

A screenshot of a chat between the unidentified couple has gone viral on social media. In the chat, it was revealed that the lady had gotten pregnant for her secret lover who she introduced to her boyfriend as her cousin.

According to the chat, the man had walked in on the lady and her secret lover. After he expressed his hurt to his girlfriend, the lady revealed that the pregnancy she claimed was his is actually for her secret lover.

The man who was heartbroken further revealed that he was the one who paid West African Examination Council (WAEC) exam while he was in the university with his own school fees.

In the chat, the lady who was unapologetic also told him that all the money he has been giving her is in her mother’s account where she saved it. She claimed the total of the money is N2.7 million.

After she made the statement, the man in anger, claimed he would arrest her and ger his money back from her. 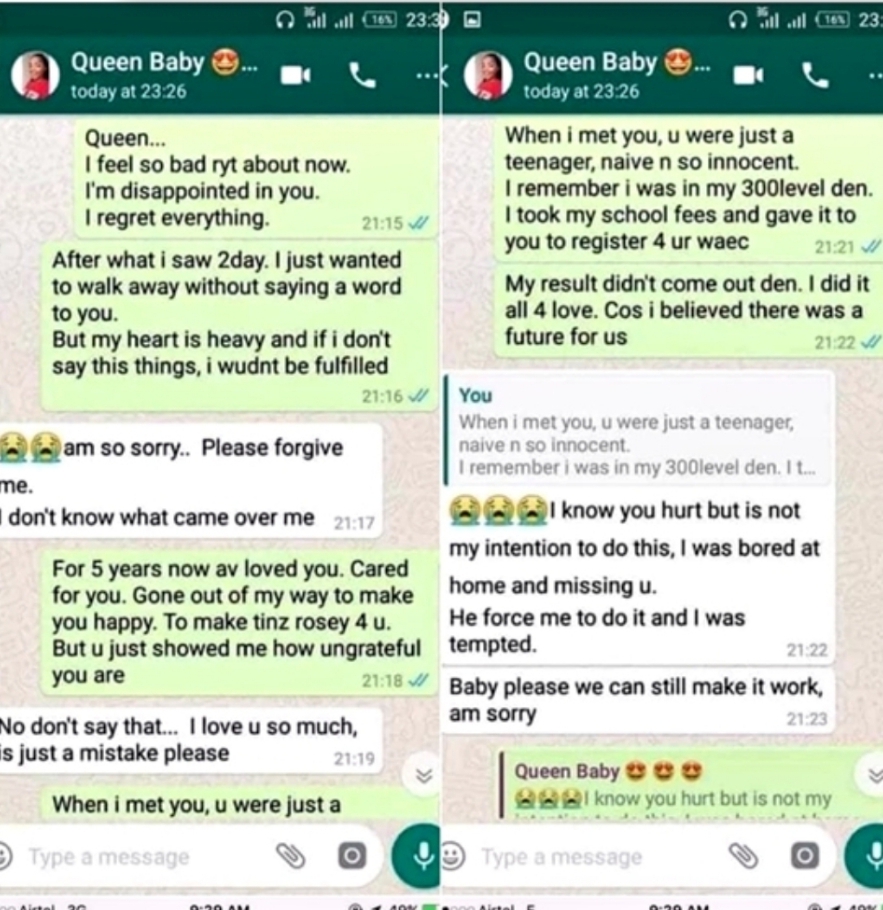 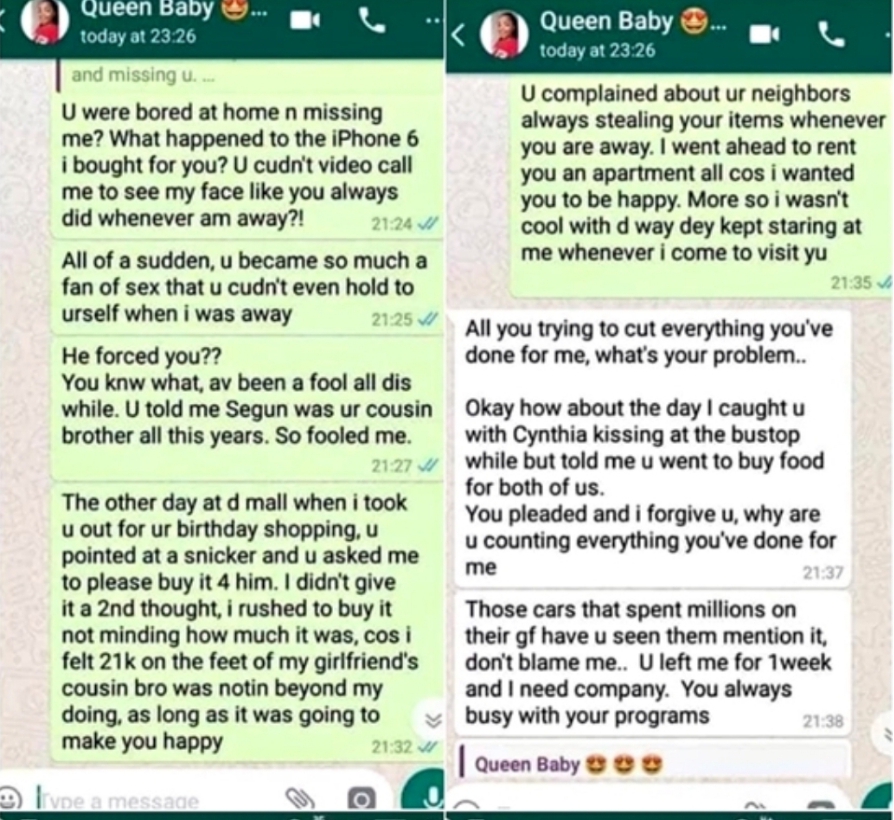 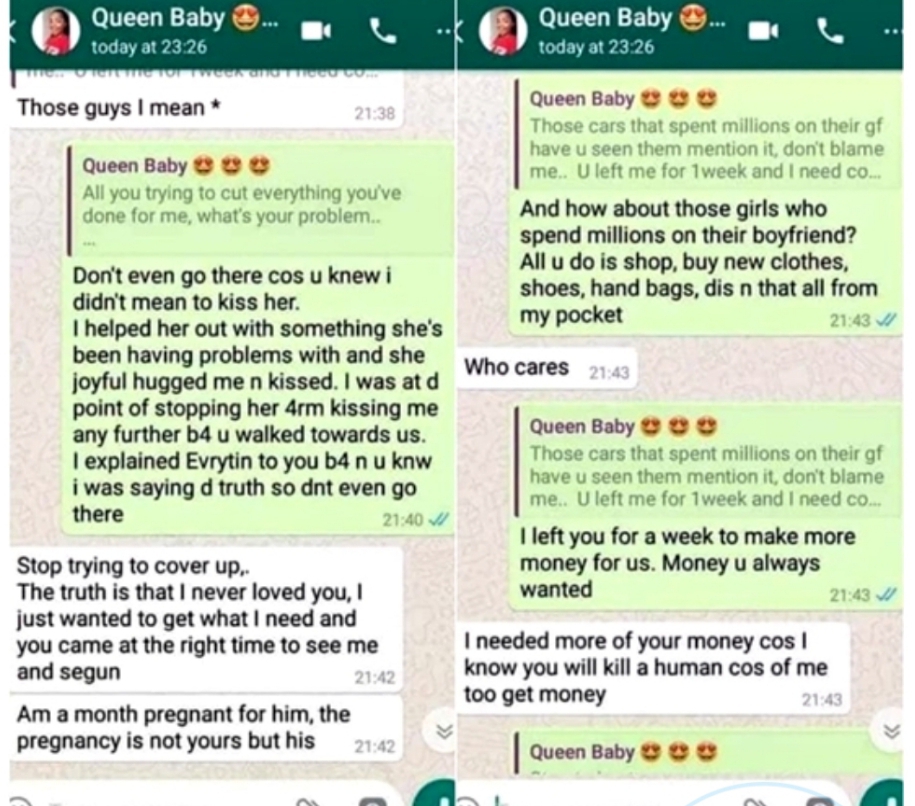 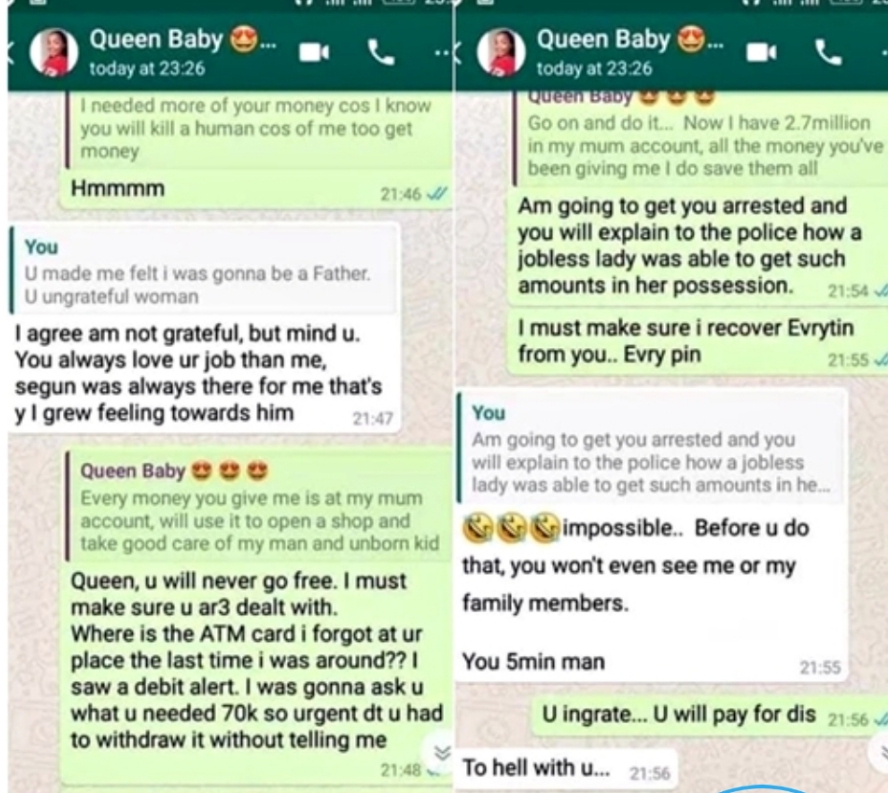 Johnny Drille reveals condition husbands give him to perform