A former cobbler who has been dubbed ‘Uganda’s Ugliest Man’ has become a father for the eighth time. 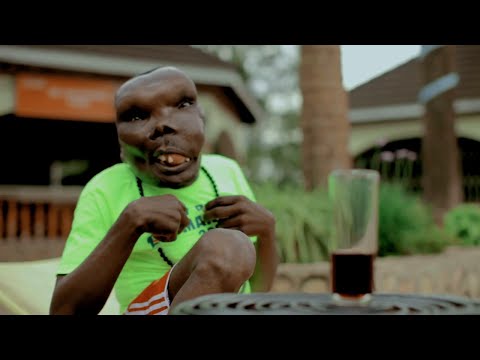 Godfrey Baguma, 47, who is believed to suffer from a rare, unknown medical condition, and his wife Kate Namanda, 30, welcomed a baby girl.

Baguma won the less-than-favourable title in 2002, after he entered the competition to make money for his cash-strapped family. 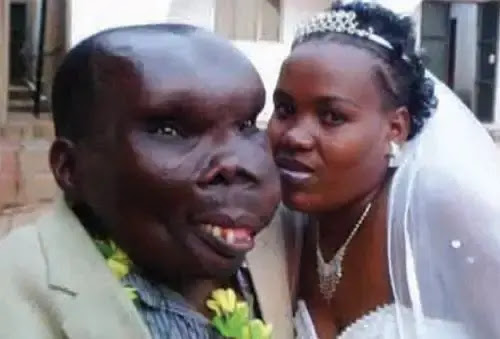 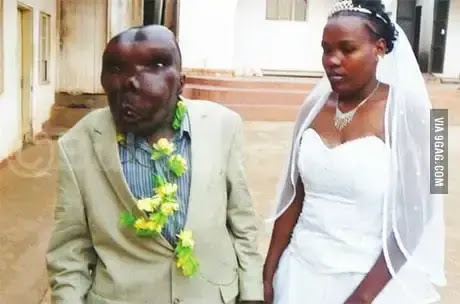 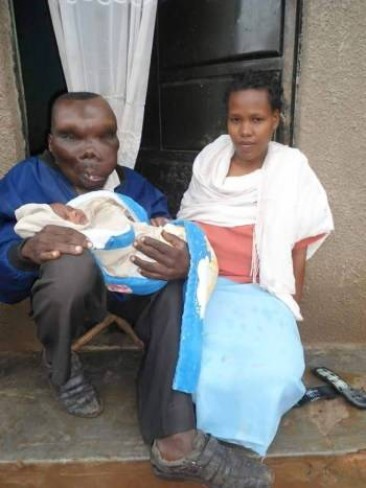 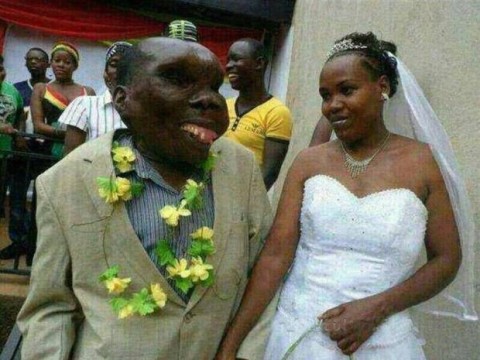 Before his marriage to Kate, Godfrey had two children with his first wife – but their marriage came to an end when he caught her cheating with another man.

Describing how he wooed Kate initially, Godfrey told KFM: ‘I stayed with her four years before her people knew where she was. I didn’t want them to see me until we had a child because they would definitely advise her to leave me.

‘She left me when she was six months pregnant but I think she later accepted her fate because she came back two months later’.